This blog post was written by my daughter. Read and see her huge heart:

Let’s talk about privilege. Privilege is having an advantage, whether earned or given, simply because of a group you are in. When this topic is brought up, we talk about male privilege, and we talk about white privilege. Time for a little history lesson.

Let’s look at male privilege first. Historically, women used to be considered property. Their citizenship was legally included in their husband’s citizenship. They did not have the right to vote. They did not have the right to own property. They were discouraged from being autonomous decision-making entities. Women were dependent on the good graces of their fathers and husbands in order to survive. Due to the Women’s Suffrage movement, the 19th Amendment, and decades of social change, the collective heart of America has changed towards women. Women can vote. Women can own property. Women can work for a wage if they want to. Women can earn a college degree. Each woman is her own person. Of course, sexism still exists. Of course, as a woman I still have to worry about walking alone at night. Of course, I feel like I have to lock my car the moment I get in it. Of course, my dad really wants me to take a self-defense course at my university. Of course, people are surprised when I rattle off a list of all the things I know how to fix on my car. Of course, women as a whole still earn less than men do for the same types of employment. But progress is being made.

Now let’s look at white privilege. Thanks to the horrors of colonialism and the slave trade, people of African descent were dehumanized in America. They were treated as property meant to be sold, mistreated, overworked, underpaid (if at all), separated from their families…the list goes on and on. The Civil War, the 13th Amendment, and the 15th Amendment granted rights to African-Americans. Decades later, the Civil Rights movement addressed the remaining existence of injustice towards people of color, allowing them to continue the process of asserting their rights and changing white America’s heart towards them. Today, racism still exists. Some white people are inwardly suspicious of minority races because of unconscious preconceptions about them. Other white people outwardly express hatred towards people of color for one reason or another. Media is still littered with racial stereotypes. As a white woman, I don’t daily feel the effects of racism. But I have friends who have a hard time finding bandages that match their skin color. I have classmates whose parents have told them to keep their hands on the steering wheel at all times if a police officer pulls them over. I have never been told that, let alone even thought about that. Racism still exists. But progress is being made.

Okay. These examples are obvious. They are all over the news. They are a hot topic of conversation. We see the existence and effects of these types of privilege every single day. But let’s look at something less obvious, something that every single one of us takes for granted. What if we talk about the privilege of the born? Whether a person is an ailing 99-year-old, a middle-aged factory worker, an out-of-college dreamer, an angsty preteen, a potty-training toddler, or a babe fresh from the womb, they are all legally seen as people. While they may be under varying amounts of authority based on their age and social position, they are each still their own person, a human being with rights and laws that protect their well-being. As born human beings, they each have the mental and/or physical ability to express their thoughts, emotions, desires, needs, and fears. But babies in the womb? That’s another story. Depending on who you ask, these growing beings with human DNA could be considered a person, or they could be considered a clump of cells. They could be marveled at as a gift, or they could be passed off as an inconvenience. They could be a joyful reason to celebrate the nature of being a woman, or they could be the defenseless target of “my body, my choice.” 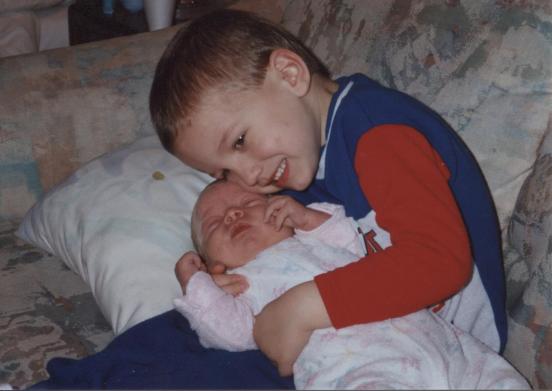 When I was but a humble clump of cells, I found myself in a situation where, statistically, I should have been counted as one of those 50 million. Even though the law of the land didn’t grant me human rights inside of my mother’s womb, in her heart Christi knew that I deserved the same right to life that she cherished daily. As I celebrate my 20th year of life, of having pun wars with my family, of soaking in the glory of a fiery sunset, of breathing in the crisp winter air, of singing to my heart’s content, I know that even at this very moment, babies are being denied their chance at life while their mothers limp away with their hearts strangely, unexpectedly, and permanently unintact.

So tell me. How are you going to use your gift of being alive? While I am still living and breathing, I am going to be a voice on behalf of the least of these who don’t yet have the air in their lungs to speak for themselves. America, it’s time for another Civil Rights movement. 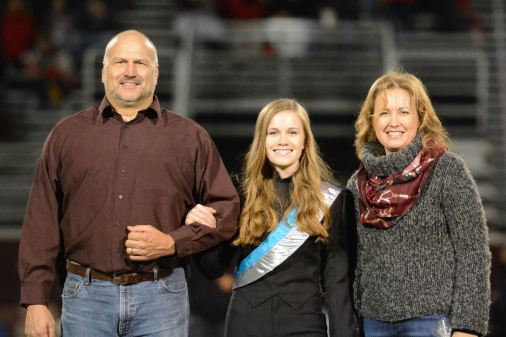 “For you created my inmost being;

you knit me together in my mothers’ womb.

I praise you because I am fearfully and wonderfully made;

your works are wonderful,

I know that full well.

My frame was not hidden from you

when I was made in the secret place,

when I was woven together in the depths of the earth.

Your eyes saw my unformed body;

all the days ordained for me were written in your book

before one of them came to be.”

One thought on “Thoughts on Privilege”