I recently found myself needing to move my family to a new cellular service. We were in a unique situation. My employer was providing cell service to my family as a portion of my compensation. The company used AT&T, so we all had AT&T phones and service. Another unique situation was that we lived in the country in the river valley. Cellular service in our home is poor. AT&T seemed to have the worst coverage in our area. We were relieved when the FCC legalized WiFi calling. Our meager DSL internet service was then able to increase our cellular coverage in our home

We did notice that some visitors to our home seemed to have no trouble using their cellular service during their visits, while others had to go outside and walk up the hill to place a call. It never occurred to me to ask these people whose service they were using.

When it came time to leave my employer for greener pastures, our free cell service went away. It was time to do some research. Around this same time one of my brothers switched his service to Straight Talk. He was able to place and receive calls in my home with no problems. When I questioned him about his service he told me that he thought he was using Verizon towers when he was at our house. 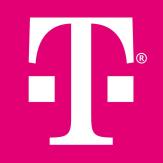 One of the guys I worked with had told me that he was using T-Mobile for his home internet access because of his remote location in Oklahoma. He explained that he had a cell phone with a T-Mobile account tethered to a special modem. The account was labeled as “unlimited” data, but he knew that after a certain amount of data he was “de-prioritized” on the tower. That meant that if the tower was busy he would get lower connection and data bandwidth than other users who had not been using so much data. He said that due to the remote location of the tower he used, he had never seen the effects of the de-prioritization. I was very intrigued since our DSL internet access from CenturyLink was frustrating at best. He generously loaned me his internet access phone to take home at lunch for a quick site survey. The results were disappointing. I barely received any data connection and the signal was weak. So, the search continued.

In the mean time, my daughter started college. She had a lot of graduation gifts from friends and family. At my suggestion she purchased a new iPhone from Apple that was classified as “SIM-free.” This means she can register the phone with any service she wants. Shortly after that my wife did the same thing. This means that they are ready for any service we land on.

Off to Wal-Mart I went. I purchased a Straight Talk Samsung phone. I discussed my purchase with a Wal-Mart associate in the electronics department. He was very helpful. He warned me away from the phones that seem to get returned a lot. He talked to me about how Verizon’s $45/month pre-paid service only gives 2Gb per month while Straight Talk gives 5Gb. That sounded like a great deal! He explained to me that I needed to look at the coverage map shown on each Straight Talk package. The red map is Verizon towers. The pink map is T-Mobile towers. The blue map is AT&T towers. That was valuable information since I suspected that the Verizon tower provided better coverage in my home.

Activation was simple. I was needing a new number since I had no intention of keeping my old number. I didn’t want my former customers contacting me all the time. My friends and family will easily adjust. I entered a few numbers, clicked a few buttons, and I was good to go with a brand new phone number. I immediately turned off the WiFi and performed a speed test. I was in town where coverage was strong and speeds should be fast. Only 5Mb. That was disappointing. LTE data speeds should be much faster. I took it home and performed the same test. 1Mb or less. Ugh. Back to the drawing board.

I called my brother who had Verizon. He had been to my home and claimed he had received 4 bars of service. He told me that his family had been on Straight Talk, but had moved to Verizon pre-paid. He said that his service improved and his speed almost tripled. I wasted no time inviting him to my home to perform some speed tests. Again, the results were less than impressive. He got a little better than I did, but not a lot.

Next, I visited the Verizon store. I ended up with the manager. He was very helpful and very knowledgeable. I quizzed him for quite a while on the differences between Straight Talk using Verizon towers, Verizon pre-paid, and regular Verizon. Here’s what I learned.

I quizzed him further. Does a Verizon account support WiFi calling? Yes, as long as your phone does. Does a Verizon account support tethering my computer to my phone to use my data? Yes, as long as your phone does. If I find that my data selection is too much or too little, is it easy to change? Yes. You can change it yourself through the online customer portal. Is there a contract? You choose. If you are wanting a contract-free account and have your own Verizon-compatible phone, you can have that. You can also finance a Verizon phone at full price with no interest on a contract-free account. If you want a discount on a Verizon phone you can sign a 2-year contract and pay a contract fee each month.

So, what’s a guy to do? My wife and I sat down and discussed priorities. First, she needs reliable coverage in our home. She’s running a business and that’s her main contact. No matter what, she needs to be on a regular Verizon account. That’s easily done with her SIM-free iPhone. Second, I need a new phone. I bought that Samsung from Straight Talk and used it for one month. It cannot be released to another carrier until it has been used for 24 consecutive months. My old company-owned iPhone is not available. I don’t want to buy a cheap phone now and buy a nice iPhone later. Also, the cell phone account reimbursement from my new employer does not include the cost of the phone. If I financed a new iPhone through Verizon it would show on the monthly bill as equipment cost. My best option is to get a 2-year contract from Verizon so I can get the deeply discounted iPhone of my choice. The real cost of the phone will show up on the bill as a contract fee which is covered under the company cell phone reimbursement. That puts my wife and I on a regular Verizon account with a 2-year contract. We can adjust our data on the fly.

What about our daughter? Her needs are a bit simpler. She’s only home occasionally so the coverage doesn’t matter as much to her. Most of her time is spent on a huge university campus where cellular and Wifi coverage are abundant. Also, she plans to spend part of this summer and several other times overseas taking advantage of Study Abroad opportunities. I think we’re going to put her on a pre-paid Verizon account for $35/month. 2Gb of data per month should easily cover her. She gets the mid-range Verizon service. It will be easy for her to take over the account when she is ready. She can also easily suspend her account when she travels overseas.

So, there you have it. I hope you are able to benefit from our research and experience. Who knows? Maybe we’ll post an update.